Our ongoing research on health benefits

The ancient literature has shown that maple plants have been used as crude drugs since ancient times.
​
For example, Acer barbinerve, commonly known as bearded maple, has been used as a painkiller for arthritis, rheumatism, etc. in bark as a Chinese traditional medicine, and in Nepal, Acer caesium has been used as an external medicine for pimples. 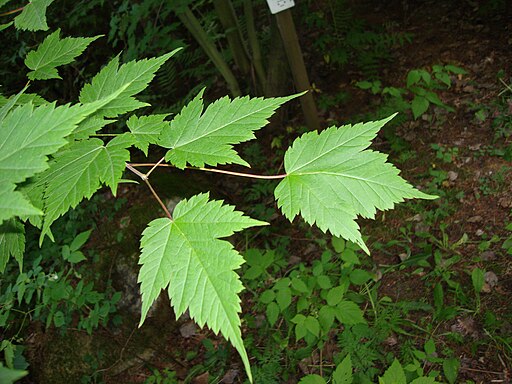 Acer barbinerve, commonly known as bearded maple, is an Asian species of maple found in Korea, eastern Russia, and northeastern China
Anneli Salo / CC BY-SA
In North America, the sap of sugar maple (Acer saccharum) has been taken for nutritional tonicity. In addition, it has been reported that the branches of Rocky mountain maple (Acer grabrum) were mixed with the decoction of branches of the family Zaifribocaceae of the family Rosaceae to obtain uterine recovery and promote milk secretion in women after delivery. 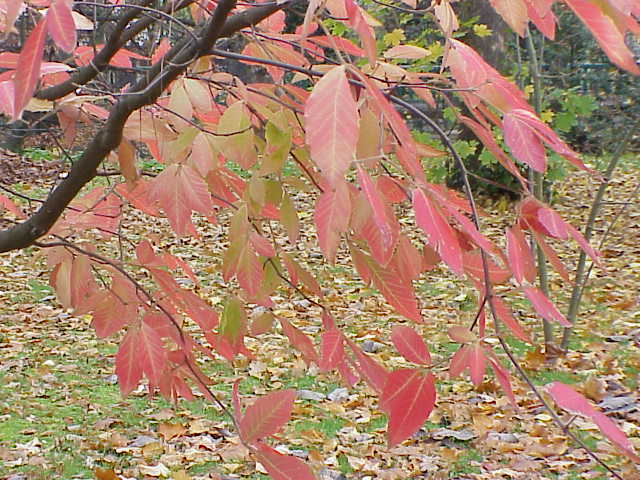 Acer maximowiczianum (Nikko maple; Acer nikoense Maxim.), is a species of maple widely distributed in China and Japan (Honshū, Kyūshū, Shikoku)
Kurt Stüber [1] / CC BY-SA
In Japan, Acer nikoense, also known as the Choja tree, has been used as an eyewash and a remedy for liver diseases. Such traditional pharmacological effects have been scientifically elucidated in the modern era.
​
In our lab, we are continuing to study the functionality and components of maple plants, including maple, as well as the cultivation method and characteristics of seeds. By informing everyone about the new discoveries of the maple genus plant, you can learn about the benefits of maple.

The Japanese maple and its foreign relatives

Approximately 160 species of maple plants (Aceraceae) exist in the world, and new species such as Acer amamiense have been discovered in the Amami region of Japan in recent years. The maple lives in the northern hemisphere and is concentrated in Asia centering on China (about 90 species), but it is also widely distributed in Europe (13 species), as well as in North America (13 species), mainly in the subtropical-arctic region. The excepted theory is that there are 37 types. The generic name "Acer" is Latin for "pointed". This has to do with the history of using pointed weapons resembling pointed leaves, and perhaps also the fact that spear shafts were made from wood, evoking the image of tree branches.

​The maple genus plant (Acer) is roughly classified as a plant with winged seeds. While a topic for ongoing scientific discussion, it is classified into 16 types based on trait characteristics. The unit of this classification is called a "section" and its subclass "series".
Speaking of classification, there is a difference between Japan and the rest of the world, which is that we distinguish between kaede and momiji maples. These are the two words used in Japanese for "maple". The word "momiji" originally comes from the verb "momidzu" (jap. もみづ). "Momidzu" was the word for "rubbing", a method used for dyeing since the Heian period (794 - 1185). Plants such as safflower were rubbed into the dye, giving the fabric a light blue colour.

The noun "Momidzi" (jap. もみぢ) derived from this word has nothing to do with maples, such as the Irohamomiji or the Omomomiji. It was the contemporary word for the phenomenon of plants changing colour.

In the world of literature, the word "Momiji" appear in the oldest Japanese waka poetry in Japan, the Manyoshu, in which we find it in poems by Kakinomoto no Hitomaro (柿本 人麻呂 or 柿本 人麿; c. 653–655 – c. 707–710). The word also appear in numerous other ancient and modern collections.

"Kaede", on the other hand, refers to the maple leaves resembling the shape of a frog's hand (kaeru - frog - and te - hand). As with Momiji, the word appears in Manyoshu waka poems.

Today kaede is the general word for maple in Japanese, while momiji has the connotation of maple tree adorned [not a good word choice] in its red autumn foliage. The English "Japanese maple" back translated to Japanese would be "Japanese kaede" (Nihon kaede). In other words, it is only in Japan that a distinction is made between kaede and momiji.

Botanically speaking, kaede and momiji are of the same genus, so from a taxonomic point of view, one can describe momiji as a species in the larger group of kaede. In Japan, three species, the Irohamomiji, (Acer palmatum), the Oomomiji (Acer amoenum), and the Yamamomiji (Acer matumurae) are recognized as momiji. While their leaf shapes are similar, the Hauchiwakaede (Acer japonicum), Yooitayameigetsu (Acer shirasawanum), and the Kohauchiwakaede (Acer sieboldianum) are taxonomically classified as palmata Sect. (Maple section) in Japan. In other words, the depth of the leaf cut is not the defining factor between momiji and kaede in Japan.